At Memorial Properties, we recognize and understand the importance of honoring religious traditions when a death occurs. There are a number of customs and beliefs that are followed by those of the Jewish faith following a death, and we want to ensure that each family that works with Memorial Properties has convenient access to a burial and funeral service that follows the right customs. Our burial programs include Jewish burials, and can be customized to fit the unique needs of your family. We want to ensure that you are able to honor your traditions through the burial service you craft with Memorial Properties, whether you are organizing the burial of a loved one or pre-planning your own arrangements.

We are proud to provide in-ground burial, above-ground burial, and cremation services to those of all religious and cultural backgrounds in NJ. We also offer a comprehensive pre-planning service so that you can make these important decisions ahead of time and save your family stress and costs in the future. No matter what type of burial you choose at one of our ten locations in New Jersey, we will help you and your loved ones honor your traditions and remember those you have lost. Judaism does not specifically define a life after death, with the Jewish philosophy more focused on embracing life and accepting that death is inevitable. The Jewish faith includes the belief that judgment by God occurs after death, and that living a positive life will prepare the individual for what is to come. Orthodox, Conservative, Reconstructionist, and Reform Jewish funeral traditions can vary.

Jewish funeral traditions begin with the deceased being buried as soon as possible following their death. The funeral usually takes place within one day of the death, with services to follow at the home of loved ones. Burials may be delayed to allow for the proper arrangements to be made. The funeral is meant to be a private time for family and loved ones, and there is no public viewing of the deceased during the funeral. The deceased is buried in a plain wooden casket, often made of pine. Jewish burial caskets do not contain any metal – the desire is for the deceased to return to the earth, based on the passage from Genesis 3:19, “for you are dust, and unto dust you shall return.”

A Jewish funeral service can take place at a synagogue, a funeral home, or at the gravesite itself. The service is conducted by a rabbi, and includes a eulogy, prayers, psalms, and hymns. At the gravesite, the family members often place dirt over the coffin before it is buried, symbolizing their acceptance of death. Although difficult, the act of family members assisting with the burial is thought to provide closure and begin the grieving process. After the burial is complete, a seven-day mourning period begins, called Shiva. During this time, the immediate family remains in their home, prayers are recited, and traditional mourning practices are followed. Normal daily routines are broken to symbolize the impact of a death on the lives of loved ones. Extended family, friends, and members of the community may visit the home during this time to pay their respects and support the bereaved.

Contact Us for More Information about Jewish Funerals in NJ 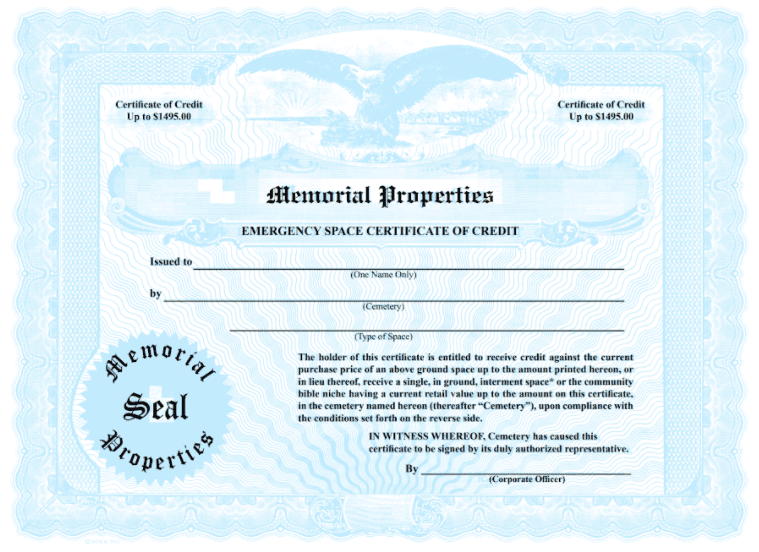 We encourage those of all cultural and religious backgrounds to pre-plan their arrangements, as taking this step now will offer you and your family several benefits. Pre-planning ensures that your wishes for your burial will be honored after death, and takes the burden of these very personal choices off of your loved ones in the future. As funeral costs rise every year, planning today gives you access to today’s prices rather than tomorrow’s. When you meet with a member of our team at Memorial Properties about pre-planning, you will receive a certificate of credit up to $1495 to put towards an above-ground space, in-ground interment space, or community bible niche at one of our locations. We will also provide you with an invaluable Family Records Portfolio, where you can record all the facts your loved ones will need to know in the future. We would be happy to answer any questions you have about pre-planning in NJ and what the process entails.

At Memorial Properties, we are home to ten cemetery and mausoleum locations throughout New Jersey, where loved ones can be put to rest according to their wishes in a peaceful and serene environment. Our services include in-ground burial, above-ground burial, and cremation, with side-by-side spaces available for loved ones, whether they are put to rest in a cemetery or mausoleum. We honor Jewish burial traditions at all of our locations in New Jersey, and our mausoleum at Frost Woods Memorial Park in East Brunswick features a peaceful, all-Jewish section called The Sanctuary of Abraham and Sarah. We strive to ensure that all of our cemeteries and mausoleums in NJ are welcoming for those of all faiths and cultures, and are proud to help those of the Jewish faith with the burial and remembrance of those who have passed.

Cemeteries and Mausoleums in New Jersey

Those all throughout New Jersey have access to our comprehensive burial services and programs at our ten cemetery and mausoleum locations. We keep our burial grounds in pristine condition all year long, and are proud to provide families with quiet and peaceful places for reflection. Whether you choose an indoor or outdoor resting place for yourself or a loved one, you can trust that the location you choose will be beautifully maintained and provide solace for your friends and family. Our locations in NJ include: 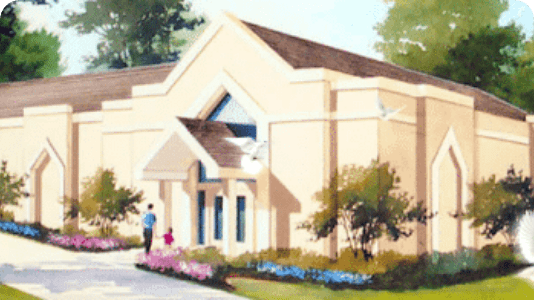 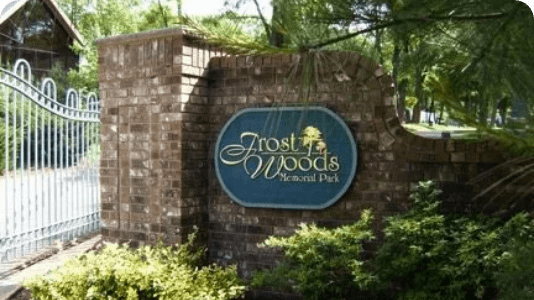 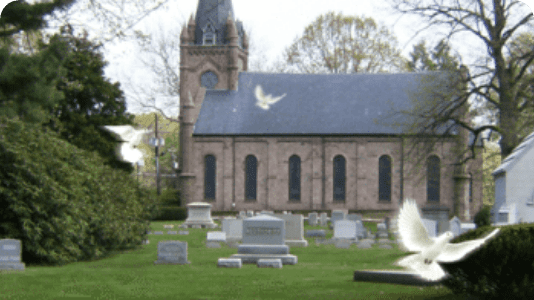 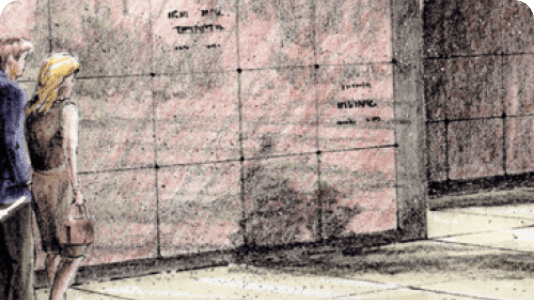 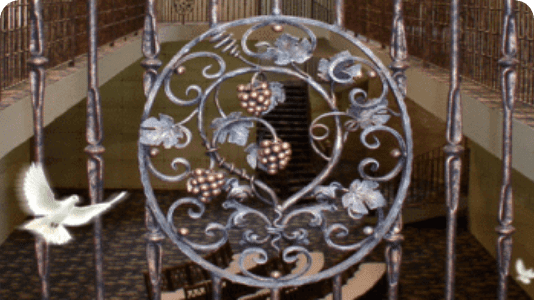 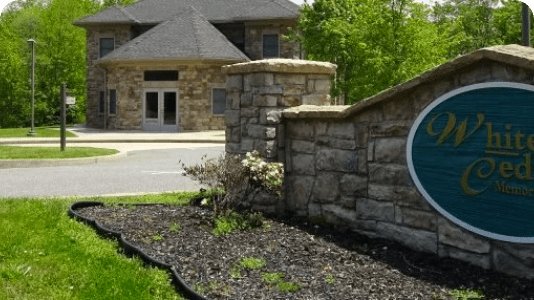 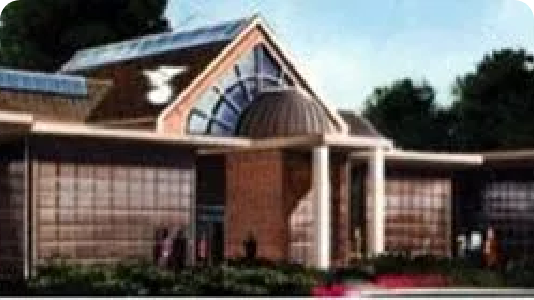 Planning a Jewish Funeral Service in NJ with Memorial Properties

Those in need of Jewish burial services in NJ are encouraged to contact us at Memorial Properties to learn more about all we can do for you. As a family-owned and operated company, we place a focus on providing the most compassionate burial services possible, always putting the wishes and needs of your family first. Our funeral pre-planning services allow arrangements to be made early so the burden can be taken off of loved ones in the future. We would be happy to answer any questions you may have about our burial services, as well as the spaces available in our cemeteries and mausoleums throughout New Jersey. Please call 732-820-0211 to learn more about how we can help you during this difficult time. Since 1985, Memorial Properties has been addressing the major trends in the New Jersey/New York Death Care Industry. We offer compassionate burial services and financial options to meet your family’s needs. Our programs cover various cultures and religious beliefs so you will have access to personalized burial services at any of our ten serene cemetery and mausoleum locations in NJ. We believe that today’s wisdom is tomorrow’s peace of mind. This idea is reflected through our pre-planning services, which allow you to make decisions now to ease the emotional and financial burden on your family down the road.
732-820-0211